The Summer of Lost and Found (The Beach House) (Paperback) 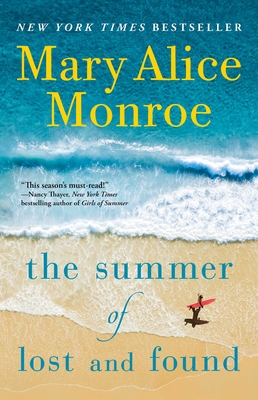 The Summer of Lost and Found (The Beach House) (Paperback)

A timely, tender, and compassionate tale of perseverance, love, and the bonds of family in the face of tremendous and sometimes painful upheaval in this latest novel in the New York Times bestselling Beach House series.

The coming of spring usually means renewal, but for Linnea Rutledge, this spring is a season of challenge. Linnea faces another layoff, this time from the aquarium she adores, and her family’s finances, emotions, and health teeter on the brink. To complicate matters, her new love interest, Gordon, struggles to return to the Isle of Palms from England. Meanwhile, her old flame, John, turns up from California and is quarantining next door. She tries to ignore him, but when he sends her plaintive notes in the form of paper airplanes, old sparks ignite. When Gordon at last reaches the island, Linnea wonders—is it possible to love two men at the same time?

Love in the time of COVID-19 proves challenging, at times humorous, and ever changing. Relationships are redefined, friendships made and broken, and marriages tested. As the weeks turn to months, and another sea turtle season comes to a close, Linnea learns there are more meaningful lessons during this summer than opportunities lost: that summer is a time of wonder, and that the exotic lives in our own backyards.

Poignant and moving, The Summer of Lost and Found is “a novel of growing up, saying goodbye to the past, and learning to ask yourself the hard questions, including one of the most vital of all: ‘Who do you really want to be’” (Kristin Harmel, New York Times bestselling author).
Mary Alice Monroe is the New York Times bestselling author of twenty-seven books, including the bestselling The Beach House series. Monroe also writes children’s picture books, and a new middle grade fiction series called The Islanders. She is a member of the South Carolina Academy of Authors’ Hall of Fame, and her books have received numerous awards, including the South Carolina Center for the Book Award for Writing; the South Carolina Award for Literary Excellence; the SW Florida Author of Distinction Award; the RT Lifetime Achievement Award; the International Book Award for Green Fiction; the Henry Bergh Children’s Book Award; and her novel, A Lowcountry Christmas, won the prestigious Southern Prize for Fiction. The Beach House is a Hallmark Hall of Fame movie, starring Andie MacDowell. Several of her novels have been optioned for film. She is the cocreator and cohost of the weekly web show and podcast Friends & Fiction. Monroe is also an active conservationist and serves on several boards. She lives on the South Carolina coast, which is a source of inspiration for many of her books.