The Best Gift Ever: A Letter from God at Christmas (Paperback) 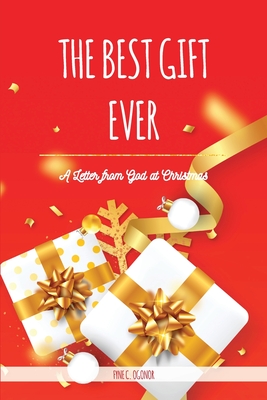 The Best Gift Ever: A Letter from God at Christmas (Paperback)

The Best Gift Ever is creative non-fiction written creatively and dramatically. Although the protagonists in this book is a young girl whose life story was guided by an extraordinary King who made the ultimate sacrifice for His citizens. The King's Sacrifice later became a guiding light for this young girl during her darkest moments, the death of one of her parents. The author, through creative analysis, narrated the similarities and the differences between the sacrificial death and the natural death. She revealed death as a temporary state, while life is a permanent state. How did the analysis of life and death become hope and eternal? The result was established due to the King's gift of love to His citizens. A special gift called Grace.

TEACHING POINTS IN THIS BOOK

The best Gift Ever, covers the Christmas story, Easter, Death, Resurrection, and more: Why do we celebrate Christmas?

Why do we give gifts during Christmas? What is good Friday? What is Easter?

Is there hope after a storm? Is there life after death? How do you communicate death to a child? Can the death communicate with the living? How do you differentiate an angel of God from a dark angel? The Best Gift Ever tells the story of the transformation of a community and their way of life, through a young child with a supernatural gift, whose efforts directed her people to hope. This book has several teaching points which include, how to listen and hear from God.