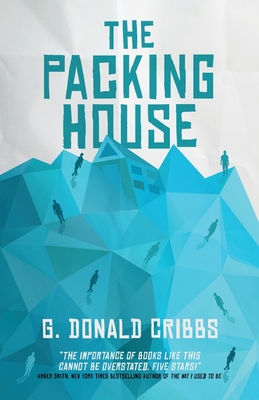 When 16-year-old Joel Scrivener has a raging nightmare in study hall and someone records it on their phone, he awakens to a living nightmare where everyone knows his secret, one that he's suppressed for ten years. Reeling as the whole school finds out the truth, Joel takes to the woods, leaving the bullies and his broken home behind.

However, life as a runaway isn't easy, as Joel's hallucinations and nightmares follow him into the wilderness. To stop them once and for all, he pieces clues together with flashes of the images that play endlessly inside his head - will he figure out the identity of the person who caused his nightmare before it's too late?

G. Donald Cribbs has written and published poetry and short stories since high school, but this is his debut novel. Donald is a graduate of Messiah College in English and education and holds a master’s degree in clinical mental health counseling. He is also a licensed professional counselor. He and his wife and four boys reside in central Pennsylvania, where he is hard at work on his next book.
5/5 Stars: "In his debut novel, G. Donald Cribbs has written an emotional wallop about the courage and bravery of a young survivor. The Packing House is a tapestry of nightmares--the images that haunt Joel in his dreams and memories woven together with the painful experiences of a frayed and fractured family life, the take-no-prisoner bullying of adolescence, and the agony of loving and not knowing if it will ever be returned. And yet, Joel's story is one of strength and resilience as he hunts down the source of all this pain--a story Cribbs captures with sharp-eyed and utterly clear veracity. Three cheers to G. Donald Cribbs for endeavoring to tell this tough story and doing it so well."

—Brendan Kiely, author of The Gospel of Winter, and co-author of All American Boys (with Jason Reynolds), winner of the Coretta Scott King Award


"THE PACKING HOUSE is as an enthralling and important piece of fiction that tastefully and honestly addresses the topic of sexual abuse of minors."