You Took the Last Bus Home: The Poems of Brian Bilston (Paperback) 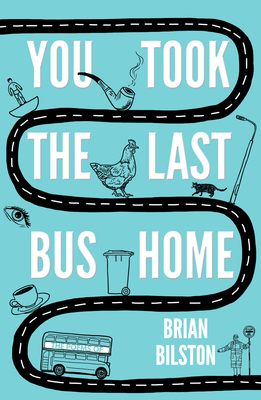 You Took the Last Bus Home: The Poems of Brian Bilston (Paperback)

You Took the Last Bus Home is the first and long-awaited collection of ingeniously hilarious and surprisingly touching poems from Brian Bilston, the mysterious "Poet Laureate of Twitter".

With endless wit, imaginative wordplay and underlying heartache, he offers profound insights into modern life, exploring themes as diverse as love, death, the inestimable value of a mobile phone charger, the unbearable torment of forgetting to put the rubbish out, and the improbable nuances of the English language.

Constantly experimenting with literary form, Bilston’s words have been known to float off the page, take the shape of the subjects they explore, and reflect our contemporary world in the form of Excel spreadsheets, Venn diagrams and Scrabble tiles.

This irresistibly charming collection of his best-loved poems will make you question the very essence of the human condition in the twenty-first century.

YOU TOOK THE LAST BUS HOME

Described as the "Poet Laureate of Twitter", Brian Bilston is a poet clouded in the pipe smoke of mystery. Very little is known about him other than the fragments of information revealed on social media: his penchant for tank tops, his enjoyment of Vimto, his dislike of Jeremy Clarkson.

In 2014 he became the first person to be named Pipe Smoker of the Year [Poetry section] and, over the years, he has won numerous awards for cycling proficiency, first aid, and general tidiness.

You Took the Last Bus Home is the first published collection of his poetry.

"Brian Bilston is a laureate for our fractured times, a wordsmith who cares deeply about the impact his language makes as it dances before our eyes." —Ian McMillan

"If you like a) laughing or b) words which rhyme with each other, you will love Brian Bilston." —Richard Osman

"Brian Bilston is bringing poetry to the masses . . . with his topical, witty, thoughtful and accessible poems." —Irish Times