The Old Lion: A Novel of Theodore Roosevelt (Hardcover) 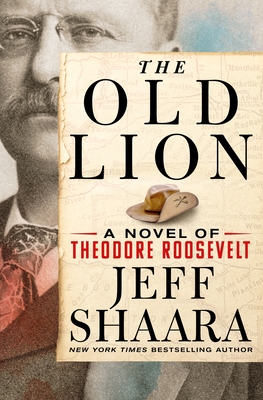 The Old Lion: A Novel of Theodore Roosevelt (Hardcover)

In one of his most accomplished, compelling novels yet, acclaimed New York Times bestseller Jeff Shaara accomplishes what only the finest historical fiction can do - he brings to life one of the most consequential figures in U.S. history - Theodore Roosevelt - peeling back the many-layered history of the man, and the country he personified.

From the mid-nineteenth century to the early twentieth century, from the waning days of the rugged frontier of a young country to the emergence of a modern, industrial nation exerting its power on the world stage, Theodore Roosevelt embodied both the myth and reality of the country he loved and led.

From his upbringing in the rarefied air of New York society of the late 19th century to his time in rough-and-tumble world of the Badlands in the Dakotas, from his rise from political obscurity to Assistant Secretary of the Navy, from national hero as the leader of the Rough Riders in the Spanish-American War to his accidental rise to the Presidency itself, Roosevelt embodied the complex, often contradictory, image of America itself.

In gripping prose, Shaara tells the story of the man who both defined and created the modern United States.


“Shaara deftly weaves a growing intensity that explodes on the pages.” – Bookreporter.com on To Wake the Giant.”

JEFF SHAARA is the award-winning, New York Times, USA Today, Wall Street Journal and Publishers Weekly bestselling author of seventeen novels, including Rise to Rebellion and The Rising Tide, as well as Gods and Generals and The Last Full Measure - two novels that complete his father's Pulitzer Prize-winning classic, The Killer Angels. Shaara was born in New Brunswick, New Jersey, grew up in Tallahassee, Florida, and lives in Gettysburg, Pennsylvania.