The Divergent Companion: The Unauthorized Guide to the Series (Paperback) 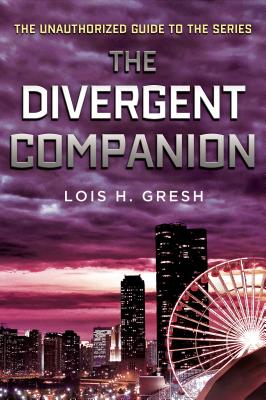 The Divergent Companion: The Unauthorized Guide to the Series (Paperback)


Usually Ships in 1-5 Days
(This book cannot be returned.)

Written by the New York Times bestselling author of The Twilight Companion and The Hunger Games Companion, the book takes fans deeper into the post-apocalyptic world created by Veronica Roth—a dystopian Chicago in which humanity has organized itself into five factions, each with its own core value to uphold. At the age of sixteen, Beatrice Prior must choose to which one she will devote her life.

The Divergent Companion includes fascinating background facts about the action in all three books—the third book, Allegiant, publishes in October 2013—a revealing biography of the author, and amazing insights into the trilogy's major themes and features. It's everything fans have been hungering for since the very first book! This book is not authorized by Veronica Roth, Katherine Tegen Books, or anyone involved in the Divergent movie.

The Divergent Companion is a must-read and a terrific gift for the millions of fans both young and old—especially with the Summit Entertainment film version of Divergent, the first book in the trilogy, hitting theaters in March 2014.

Lois H. Gresh is the New York Times bestselling author of many books, including The Twilight Companion, The Hunger Games Companion, and other fans' guides, as well as science fiction novels and stories. She lives in upstate New York.