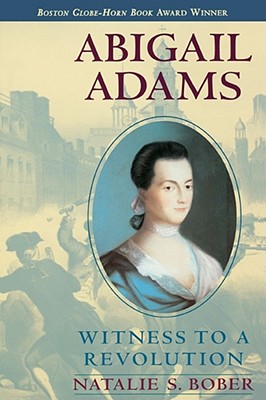 
Usually Ships in 1-5 Days
Abigail Adams is often referred to as the wife of one president and the mother of another. Rarely is she described as a woman in her own right. Although her primary focus and concerns were in her role as wife and mother, she lives in history because of her extraordinary letters to her family and to her friends.
She was a witness to the gathering storm of the Revolutionary War. She saw the Battle of Bunker Hill from a hilltop near her home, and soldiers marching past her door frequently stopped for a drink of water. Because she was so close to the scene, she was able to give firsthand reports of the American Revolution to her husband and other leaders creating a new government, as she wrote about the times and the people who played vital roles in the birth of our nation.
Mingling the intimate with the momentous, she documented what it was like to live at a time when education was not available to young women, and when pregnancy and childbirth meant the fear of death. Colonial women were called upon to make life-and-death decisions for their children, to educate their daughters, and to run their farms when their husbands were away for months, or sometimes for years, at a time. Yet they had, at best, second-class legal and political status.
Abigail Adams's independent spirit, her sense of humor, and her remarkable intellect, as shown in her letters, open a wide window on a crucial period in our nation's history, and bring Abigail Adams and her time to life.
Natalie S. Bober is an award-winning biographer and a historian with a long-standing interest in the eighteenth century. She lectures extensively, has taught and served as a consultant on the secondary and college levels, and was part of the Ken Burns film documentary on Thomas Jefferson. Her most recent books include A Restless Spirit: The Story of Robert Frost; Thomas Jefferson: Man on a Mountain; and Abigail Adams: Witness to a Revolution, winner of the Boston Globe-Horn Book Award for Nonfiction and the Golden Kite Award of the SCBWI. She resides with her husband in Westchester County, New York, and derives great pleasure from her grandchildren, who happily serve as readers and critics of her books.