The Night Before Preschool (Paperback) 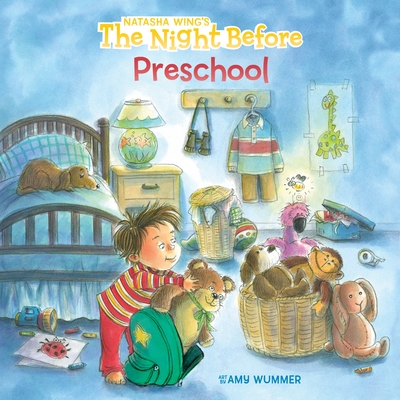 The Night Before Preschool (Paperback)


Backordered - Not In Stock
It's the night before preschool, and a little boy named Billy is so nervous he can't fall asleep. The friends he makes the next day at school give him a reason not to sleep the next night, either: he's too excited about going back! The book's simple rhyming text and sweet illustrations will soothe any child's fears about the first day of school.
Natasha Wing was born in Milford, Connecticut in 1960. At the age of 20 she moved to Arizona where she finished college at Arizona State University in 1982 with a B.S. in Advertising. In 1988 she married Daniel Wing and moved to Northern California where she worked in advertising for a number of years.

It wasn't until 1991 that she decided to write children's books. Luckily she sold her first book, Hippity Hop, Frog on Top, within 6 months and has been writing children's books and articles ever since. Her second book, Jalapeno Bagels, came out in June 1996 with Atheneum Books. The Night Before Easter, was published with Putnam All Aboard Books. She has also been published in Humpty Dumpty's Magazine, Girls' Life, and Hopscotch for Girls, and has two recipes in Writers in the Kitchen.