Harlem Stomp!: A Cultural History Of The Harlem Renaissance (Paperback) 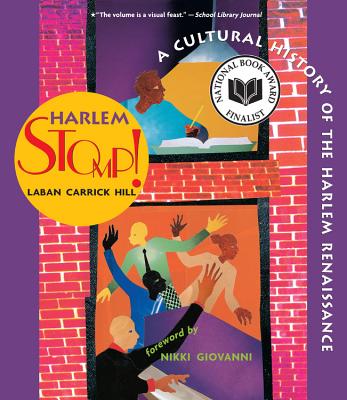 Harlem Stomp!: A Cultural History Of The Harlem Renaissance (Paperback)

Email or call for price

Out of Print
Celebrate one of the most important periods of American cultural history: the Harlem Renaissance! This package features beautiful illustrations, poetry, and prose.
Determined to make a new start for themselves at the dawn of the twentieth century, many African Americans joined the Great Migration and headed North. For those who landed in Harlem, New York, it was a time of intellectual, artistic, literary, and political blossoming. Influential African American artists and activists took center stage as they captured the attention of the world.

Harlem Stomp! is a breathtaking, in-depth exploration of this fascinating era. Lavishly designed and illustrated, with photographs, historical documents, and full-color paintings, this virtual time capsule is packed with poetry, prose, and political rhetoric that introduce the amazing lives and work of notable figures such as Langston Hughes, Zora Neale Hurston, Sargent Johnson, and Marcus Garvey.

Laban Carrick Hill is the author of more than thirty books, including the 2004 National Book Award Finalist Harlem Stomp!, a book he researched for nearly a decade, and America Dreaming, which examines the legacy of the 1960s. He has taught writing at Columbia University, Baruch College, and St. Michael's College and is currently teaching at the Solstice MFA in Creative Writing Program at Pine Manor College in Massachusetts. He is also the cofounder and codirector of the Writers Project of Ghana, based in the US and Ghana.
Acclaimed poet, essayist, and lecturer Nikki Giovanni has many published collections of her poetry, including Black Feeling, Black Talk and Quilting the Black-Eyed Pea: Poems and Not-Quite Poems. Her honors include the NAACP Image Award for Literature in 1998 and the Langston Hughes award for Distinguished Contributions to Arts and Letters in 1996.
"This energetic, elegantly designed volume documents the artistic, literary and musical surge of black culture in Harlem."
—Publishers Weekly, starred review

"The volume is a visual feast....Together, the words and images bring this extraordinary period to life."
—School Library Journal, starred review

"With a beautiful open design, this illustrated history combines the politics of the black metropolis in the roaring 1920s with.... Detailed chapters on the 'blazing creativity' of performers, writers, visual artists, and intellectuals.... Wonderful for browsing."
—Booklist, starred review