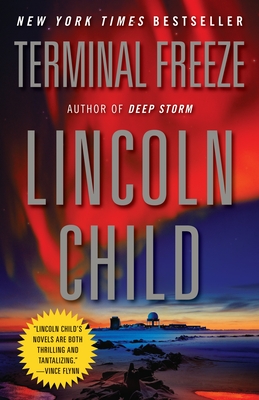 This is book number 2 in the Jeremy Logan Series series.

NEW YORK TIMES BESTSELLER • In this riveting, high-octane thriller, an ancient creature is inadvertently released to wreak havoc on the inhabitants of a desolate arctic landscape.

Alaska's Federal Wilderness Zone is one of the most dangerous and inhospitable places on Earth. For paleoecologist Evan Marshall, an expedition to the Zone offers an once-in-a-lifetime opportunity to study the mounting effects of climate change. But once there, Marshall and his intrepid team make an astonishing discovery: an enormous prehistoric animal encased in solid ice. Despite repeated warnings from the local village, and Marshall's own mounting concern, the expedition sponsors want the creature cut from the ice, thawed, and revealed on a live television spectacular…But then the creature disappears and an unspeakable horror is unleashed.

Lincoln Child is the author of Death Match, Deep Storm, Terminal Freeze, The Third Gate, and The Forgotten Room, as well as co-author, with Douglas Preston, of numerous New York Times bestsellers, including Blue Labyrinth, White Fire, Cold Vengeance, and Relic. He lives with his wife and daughter in Morristown, New Jersey.

“Lincoln Child’s novels are both thrilling and tantalizing.” —Vince Flynn