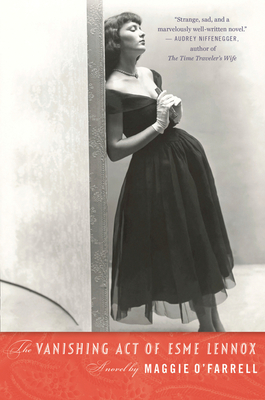 "Maggie O'Farrell has written a gorgeous gothic novel about two girls who are prisoners of Victorian social mores that lead to dark family secrets unwittingly uncovered by the granddaughter. It is a haunting book you won't soon forget!"

— Emily
From the New York Times best-selling author of Hamnet comes a gothic, intricate tale of family secrets, lost lives, and the freedom brought by truth…

In the middle of tending to the everyday business at her vintage-clothing shop and sidestepping her married boyfirend's attempts at commitment, Iris Lockhart receives a stunning phone call: Her great-aunt Esme, whom she never knew existed, is being released from Cauldstone Hospital––where she has been locked away for more than 61 years.

Iris's grandmother Kitty always claimed to be an only child. But Esme's papers prove she is Kitty's sister, and Iris can see the shadow of her dead father in Esme's face. Esme has been labeled harmless––sane enough to coexist with the rest of the world. But she's still basically a stranger, a family member never mentioned by the family, and one who is sure to bring life-altering secrets with her when she leaves the ward.

If Iris takes her in, what dangerous truths might she inherit? Exposing the seedy past of Victorian asylums, the oppression of family secrets, and the way truth can change everything, The Vanishing Act of Esme Lennox will haunt you long past its final page...
MAGGIE O'FARRELL is the author of four previous novels, including the acclaimed The Vanishing Act of Esme Lennox, which was a B&N Recommends Pick, and After You’d Gone. Born in Northern Ireland in 1972, O'Farrell grew up in Wales and Scotland. She has two children.

PRAISE FOR THE VANISHING ACT OF ESME LENNOX

"I found this actually unputdownable, written with charge and energy and a kind of compelling drive, a clarity and a gripping dramatic insidiousness reminiscent of classic writers like Rebecca West and Daphne du Maurier." --Ali Smith